Educaring: Building Strong Relationships With Children and Its Effect on Learning

Educaring: Building Strong Relationships With Children and Its Effect on Learning

Educaring allows students to make decisions and become an active part of their own educational experience. The concept has been expanded on throughout the years, but it was first theorized by Madga Gerber, an early childhood educator born in 1910 that has impacted the field immensely.

Educaring in and of itself is not complex, it is the application of this concept that involves various methods along with great practice. The method is mostly meant for infants, but it’s principles can be applied to educating children of all ages.

Generally, the theory revolves around two concepts, respect and independence. An environment in which a child is capable of using their own reason and follow their own train of thought while still having a respected teacher and caregiver leads to these two outcomes. Listed Below are various approaches that can be taken in order to create the above mentioned environment for a child. 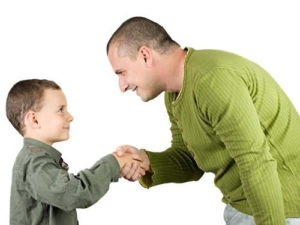 Having a mutual respect with a child gives them more reason to trust their educator, along with what they are teaching them. Educaring creates a better relationship between the child and educator but also increases how well the content being taught is understood. No matter the age, even infants should be spoken to in a way that suggests they are trusted and respected, as an adult would be. This involves listening to what they have to say, as well as asking for their opinions.

Trust is often misinterpreted when it comes to trusting children. When referring to trust in this context, it does not mean to allow a child to run with scissors because you “trust” them not to hurt themselves. Instead, this trust refers to believing that a child will initiate learning, and that they are capable. “Baby-feeding” concepts and information does not allow for a child to explore on their own. When following Educaring, there should be trust that a child will explore and have the desire to learn themselves.

Consistency refers to following a particular schedule as well as setting rules in the classroom. This creates a sense of discipline for a child, which they will be seeing growing up in different environments. Following rules as well as having set times in the classroom teaches this to children at a young age. Having this consistency also makes them independent knowing that their actions have pre-set consequences, and what they receive is directly related to their own decisions.

By giving children the reassurance that their time will not be interrupted, you are respecting the child as well as giving them control over their own time. Providing time in which a child can play to their own accordance without an educator offering their own ideas, teachings, or any sorts of input can create an environment for a child where they can think for themselves and play how they want, building trust and independence.

Part of Educaring is for children to have the freedom to talk to other children, along with having control over 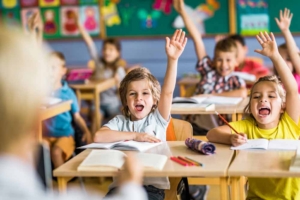 most of their own actions. When a child is learning something, they should feel that they are involved in the process. This creates the feeling that the class would not take place without the child, and that their attention is crucial for the class to continue. This attention and involvement can be done through asking questions, independent activities, and even smaller group activities where a child can choose what they will learn.

After providing these to a child, they grow to become self reliant and self initiating.This occurs because they were pushed to do things on their own in the classroom rather than having various content and activities pushed on to them. With Educaring, children tend to see education as something they can explore, which leads to them learning outside of the classroom as well and becoming “active-learners”; which is something adults need to know as well.

Although, Educaring must not be taken as a method that can be used to deal with all children. Giving a child freedom and independence should not be mistaken for no longer caring for a child and not providing when they need assistance. Educaring does not prevent children from being in distress, but instead a method that helps them learn better, as well picking up traits such as confidence and attentiveness.