Jean Piaget, a Swiss psychologist, composed multiple groundbreaking theories in child development. His theories speak towards the development of children’s minds and highlight some practical questions – how can this information be used to alter how we teach children? What can educators do differently when teaching children of different ages based on these stages?

Jean Piaget’s constructivist theory of learning argues that people develop an understanding of what they learn based on their past experiences. The word “constructivism” in the theory is regarding how a person constructs knowledge in their minds based on existing knowledge, which is why learning is different for every individual. Teaching methods can be modified taking into account the different backgrounds that people have, in order to benefit more people. 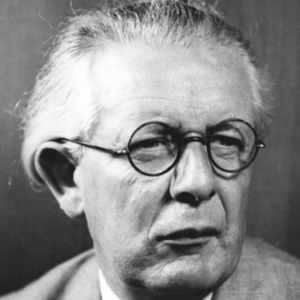 ries of Early Childhood Education Developmental, Behaviorist, and Critical connects (2017) the theories of developmental psychology and connects them to teaching methods that are modified based on those series. In chapter one of this book, Sandra Waite-Stupiansky, a professor at Edinboro university of Pennsylvania wrote about the applications of Jean Piaget’s Constructivist Theory of Learning.

While developing standardized tests for children, Piaget began to take notice of the children’s habits and actions when being faced with a question. This natural curiosity brought him to studies that bring us to his constructivist theories of learning today. He used a method called “clinical interview” in order to try and understand the child’s thought process when asked a question.

Piaget’s research consists of looking at the way that children look at different things, rather than how well they learn it. The experiments he conducted were focused on children’s concepts of numbers, shapes, time, and justice when asked a question, rather than focusing on the accuracy or quality of their answers.

Constructivism argues that a person’s brain is constantly trying to balance new given information with previously acquired knowledge and experiences. Along with the constructivist theory, Piaget also introduced many theories regarding child development. Piaget’s research and experiments lead to the development of what is known to be Piaget 4 stages. During each stage the way children perceive their surroundings is different, and various methods of teaching are introduced that revolve around these changes.

The Sensorimotor phase sparks the child’s familiarization with their senses and using them to learn about their surroundings. Things such as object permanence is critical to this phase, as it leads to the understanding that objects exist outside of a child’s own vision. The Pre-operational phase includes the child’s use of logic and language. After this, the Concrete operational phase introduces where logic and reasoning continues to develop. The final stage being the Formal operational phase is when the individual is capable of hypothesizing and drawing conclusions.

However, Piaget himself did not strongly believe in the structure these phases provide, and believed that each stage is a gateway to the next, as children slowly begin to use more of their skills and make connections. These stages go hand-in-hand with his constructivist theory, as things such as a child’s previously learned motor skills create the background information that leads to them learning new advanced skills, using their previous experiences.

Nowadays, experience in this field has shown that the development of each child is unique. Piaget stages create the impression that the growth of a child follows this structure, but it can vary based on one’s upbringing, culture, and personal experiences.

Applications of The Theory

Taking Piaget’s research into account, certain teaching methods have been developed that use his theories to create a better learning environment for children of different ages. For example, experimentation with physical objects is critical to learning. This experimentation looks different as a child grows up, from only touching physical objects during the sensorimotor stage, to hypothesizing and conducting lab experiments during the formal operational stage.

Teachers can also contextualize the Constructivist theory, acknowledging that teaching does not result in a product, but instead it is a process as kids build more knowledge onto what they had previously. For instance, a teacher might go through multiple activities that teach the same lesson. A class is separated into groups, and different groups do various activities regarding teaching an activity like classification. One child learns from organizing blocks of different sizes, while another learns from sorting pictures of different breed animals, depending on their past knowledge and experiences.

A prominent scientist at the same time as Piaget, Lev Vygotsky, argued that experience with physical objects is not the only crucial factor that is required for a child to learn. There have been objections to Piaget’s work regarding the capabilities that a child really has. Vygotsky proclaimed that scientific reasoning is something that not all adolescents are capable of doing, and cannot be taken for granted.

Even accounting that Piaget’s theories are true, one must be more cautious when acting upon them, since the educator does not know the past knowledge of each individual to be able to give them a perfectly tailored teaching experience. Some psychologists such as Wayne Waiten even deny the existence of such stages, arguing that Piaget’s final work may be inaccurate and an underestimation of a child’s true knowledge.